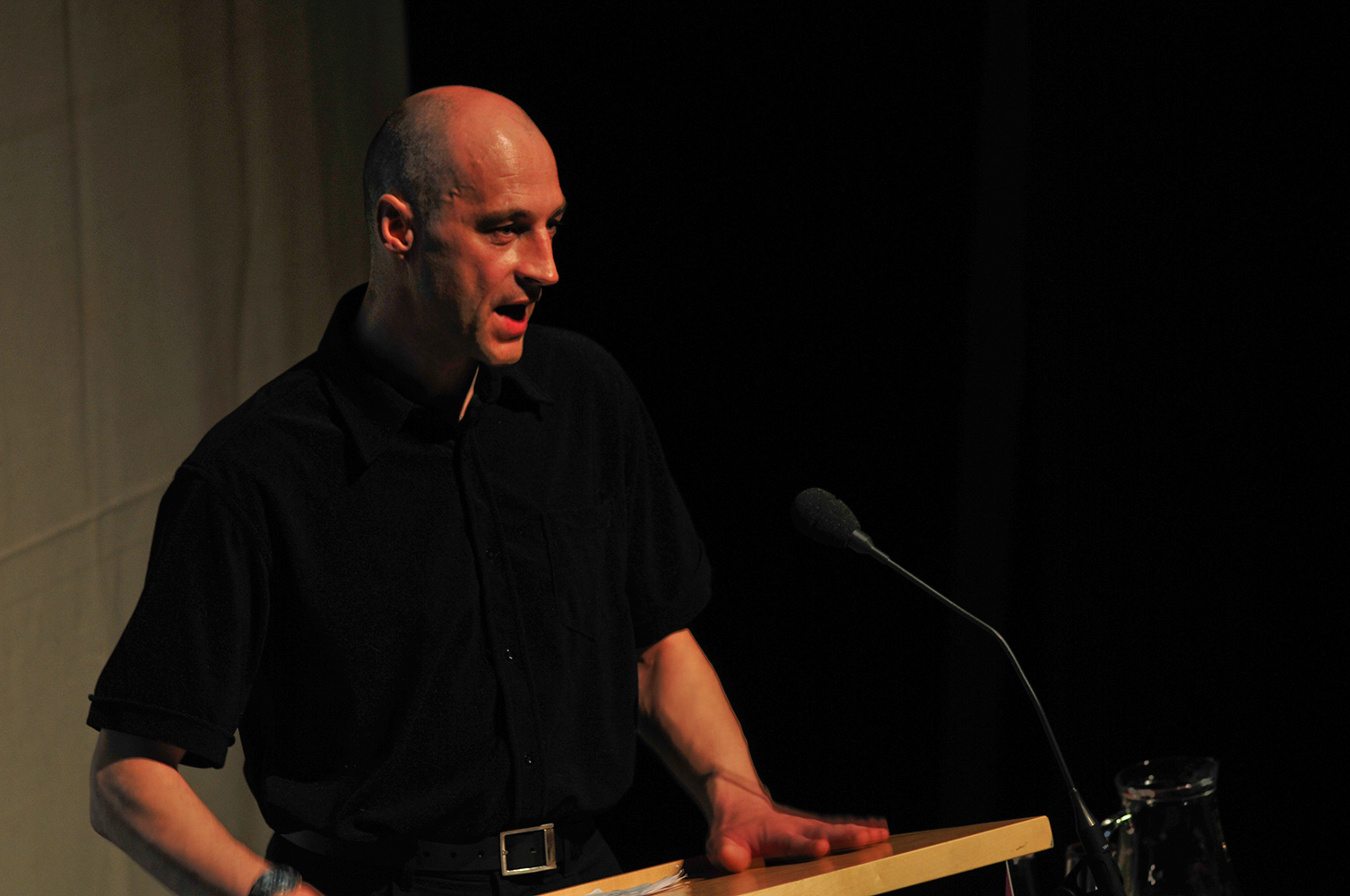 
Graeme Obree (born 11 September 1965), nicknamed The Flying Scotsman, is a Scottish racing cyclist who twice broke the world hour record, in July 1993 and April 1994, and was the individual pursuit world champion in 1993 and 1995. He was known for his unusual riding positions and for the Old Faithful bicycle he built which included parts from a washing machine. This picture taken at the Keswick Mountain Festival in 2009.