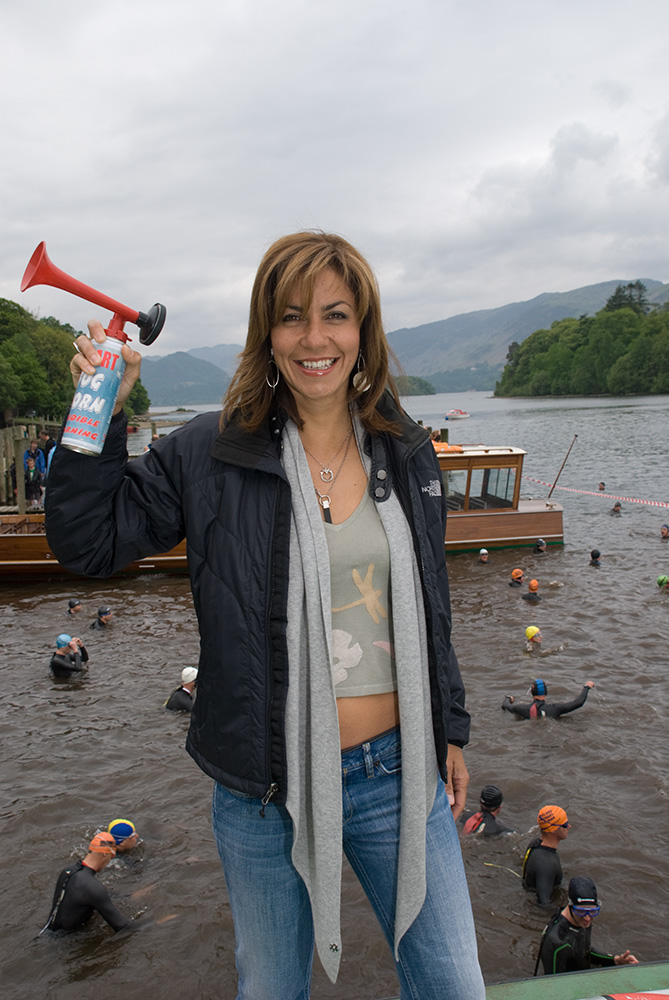 
Starting the triathlon at the Keswick Mountain Film Festival in 2008. Julia Bradbury is an English television presenter, employed by the BBC and ITV, specialising in documentaries and consumer affairs. She is most recognised for co-presenting the BBC One programme Countryfile with Matt Baker from 2004 until 2014.